Our Mantra: “We are in the Business of Doing Good”

We are a team of professionals committed to introducing humanistic values ​​in business practices, contributing the ideals of this thought to the culture of companies with the conviction that this framework of action offers a higher index of creativity, innovation, commitment, diversity and optimal economic results to companies.

We know that better people lead to better companies, and therefore better societies that contribute to a better world.

As a humanistic company, we put the human being and its dignity at the center of all our business activities.

1) Diversity – The common unites us and the diverse gives us value.
2) Commitment – giving the best of ourselves and working together as a team / family to proudly fulfill the goals of our organization.
3) Ethics and Integrity – Ethics and Integrity are our watchword
4) Innovation – Innovation is in our DNA
5) Teamwork – Teamwork is the foundation of our success
6) Respect – Respect for our collaborators and clients is the basis of our relationships
7) Social Impact – Our strategic value

Bisila Bokoko has inspired thousands of individuals and organizations world-wide, through her motivational keynotes, and will inspire your audience with a message tailored to achieve your program’s goals and boost your attendee’s aspirations.

From hosting at the UN in Switzerland to delivering powerful keynotes in Dominican Republic, and on-air radio hosting in South Africa, Bisila Bokoko has shared her business expertise and inspirational journey with audiences across the world over during her 18-year career.

She developed her expertise in geopolitics, tourism, and culture by working closely with cities in Spain and countries in Africa; and, cultivating relationships with foreign Heads of State and international business leaders, becoming one of the ten most influential Spanish women in American business. She has been featured in Vogue, Vanity Fair, Forbes, Entrepreneur Magazine, Bloomberg TV, Black Enterprise, Harper’s Bazaar & other top publications. 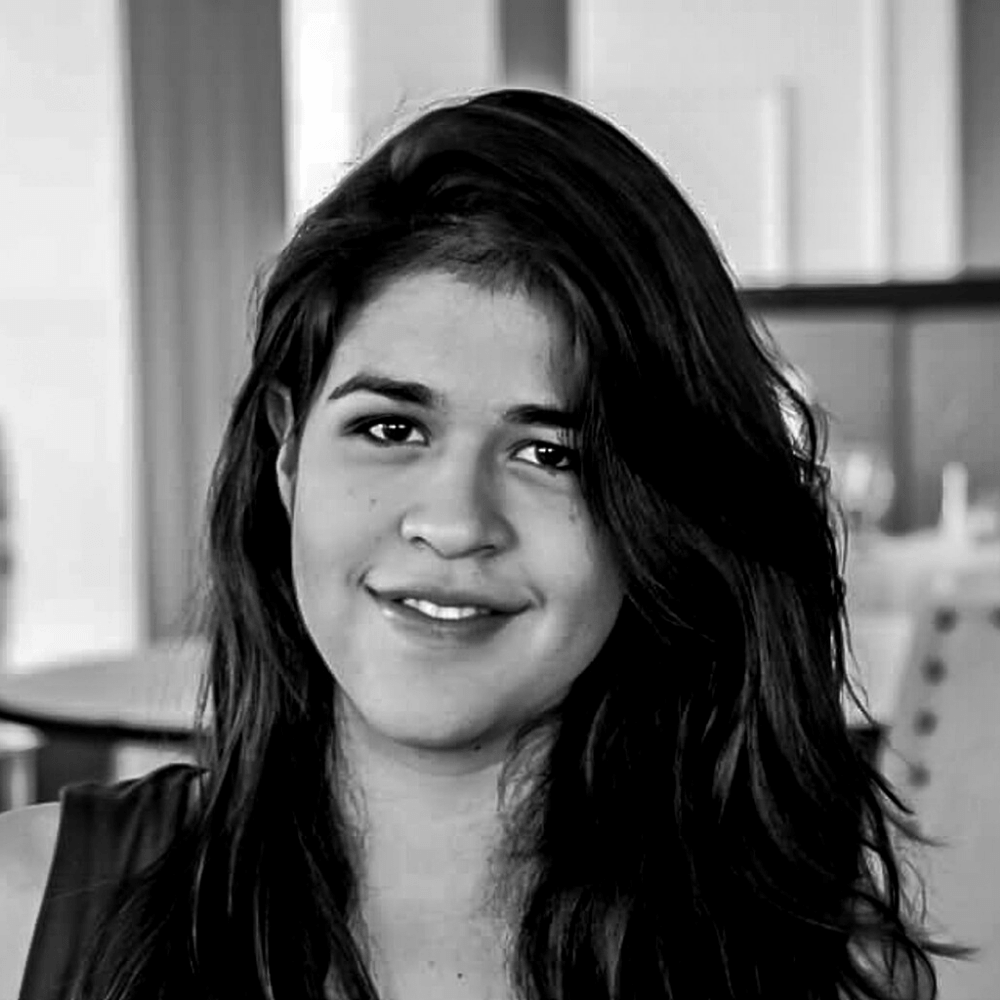 Denisse is part of BB GROUP being executive assistant of Bisila Bokoko at the same time she is part of the BBES team working as a digital content creator, Denisse stands out for her work ethic, creativity, teamwork and Passion for the company, count with great precision in project execution and delivery.

She specializes in creating digital content, with skills in Graphic Design with Adobe packages, managing editing programs (Premier and Final Cut) creating campaigns for social networks along with editing and updating web pages.

Having a taste for fashion, photography and digital marketing, she previously collaborated in different fashion projects.

From a very young age she led an early childhood education company opening the way in Cancun, Playa del Carmen and Riviera Maya in Mexico.

Denisse is single and lives in Cancun, Mexico. 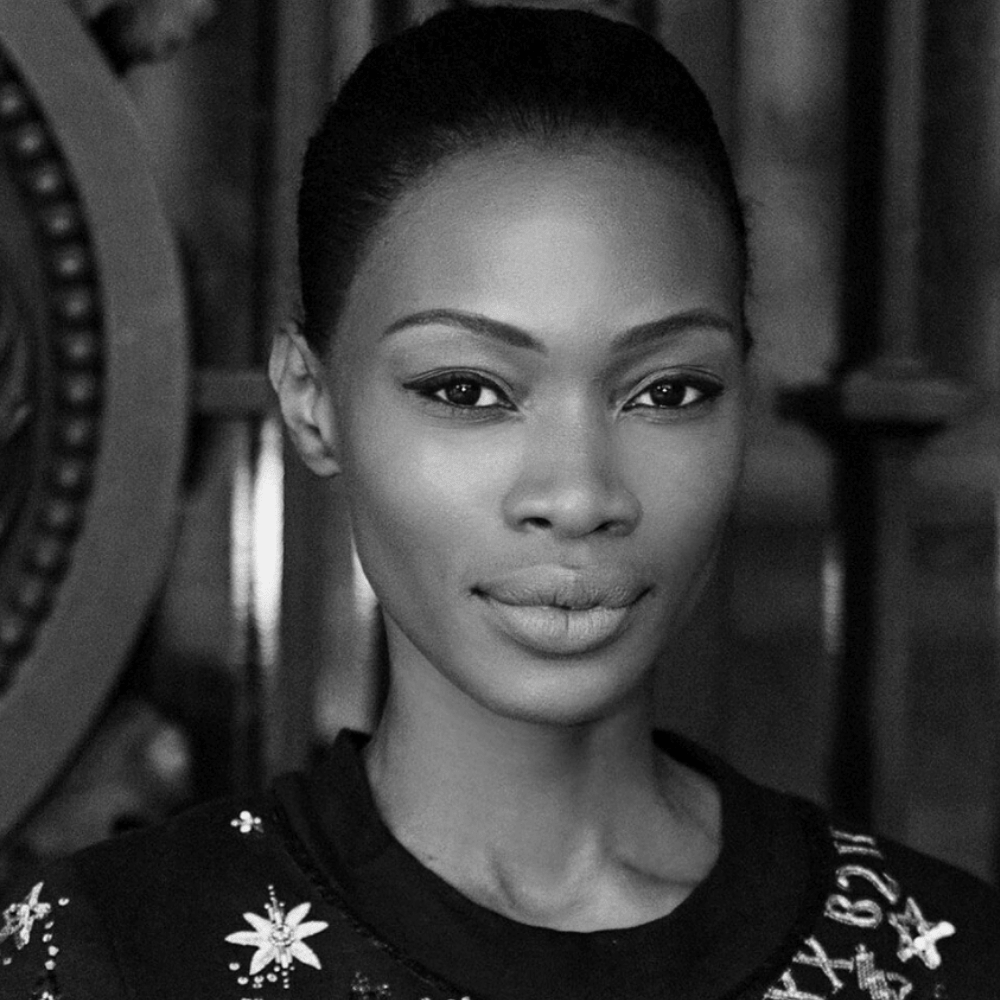 Founder of SelfSells and The Hopenclass, Sissi Johnson is, according to Condé Nast, a Social Impact Executive and Scholar focused on Culture and Innovation acknowledged as a “global game-changer” for her work in academia, luxury, and creative industries.

For 10 years, her academic practice and expertise have taken her to the United Nations as well as conferences, and (under)graduate classrooms from France to Kazakhstan by way of Nigeria and Chile.

Sissi has spoken at the University of Oxford on “The Currency of Image: How Art, Music, Film can reframe Narratives and Identity” and consults world leading brands on consumer marketing and cultural innovation.

Her collaboration with LVMH French fine jewellery Maison Chaumet on the “Trésors d’Afrique” collection is their largest since 1780 and a case study of cultural appreciation in the luxury industry.

Sissi holds an MBA from IFA Paris (China) and a M.A in Fashion Business from POLIMODA (Italy). She completed Executive Education at the Yale School of Management and is a Certified Adaptation Practitioner in Climate Change & Health by the Yale School of Public Health. 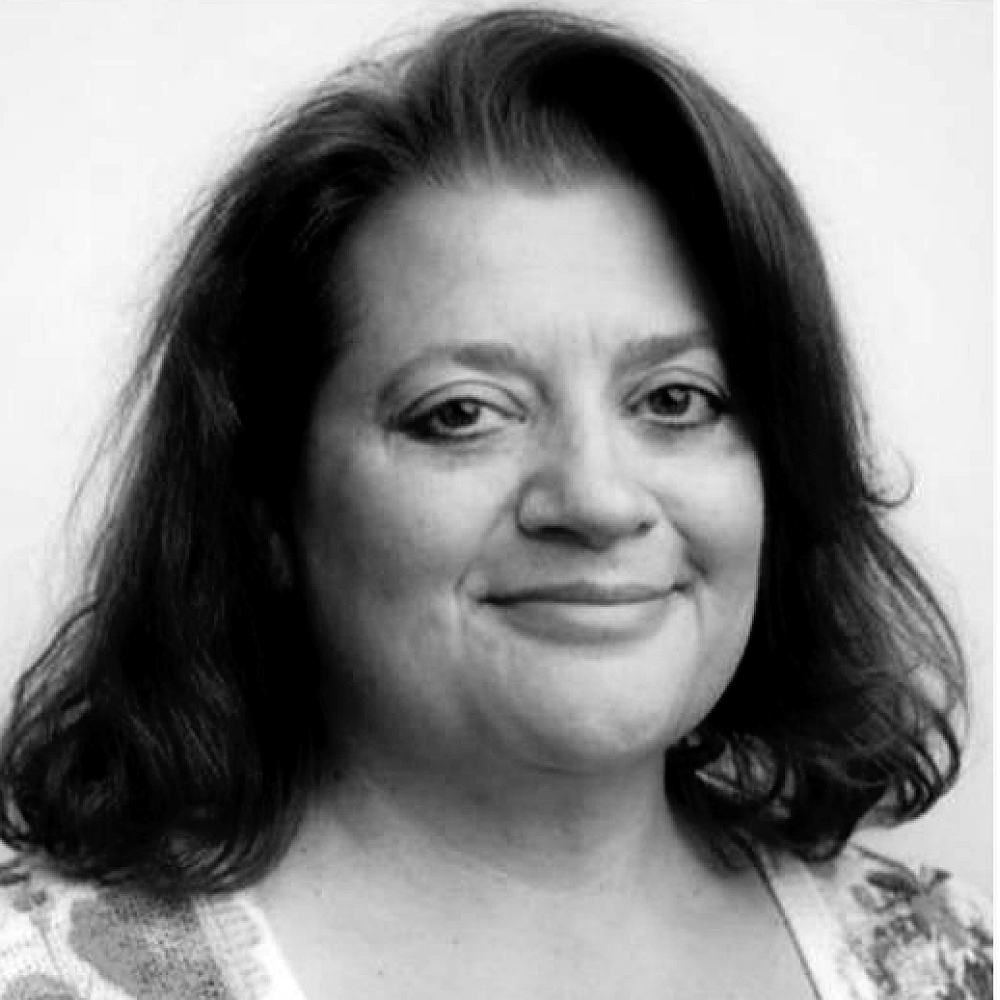 Jo-Ann stands out for her work ethic, perseverance and the ability to do market work.

She has spent most of her career utilizing her diverse abilities, from her early years as a teacher and singer to more than 20 years as Managing Director at CNN and later as Director of Events at the Economic Club. from New York.

During her time at CNN, it was imperative for her to meet deadlines, stay on budget, and successfully manage 35 employees.

Jo-Ann’s most memorable experiences came when she worked at the Economic Club of New York, where she was Director of Events and Administration.

She stands out for having a keen eye for detail, being a creative thinker in an analytical world, and communicating compassionately and directly.

Jo-Ann lives in Massapequa, New York, with her husband and daughter. 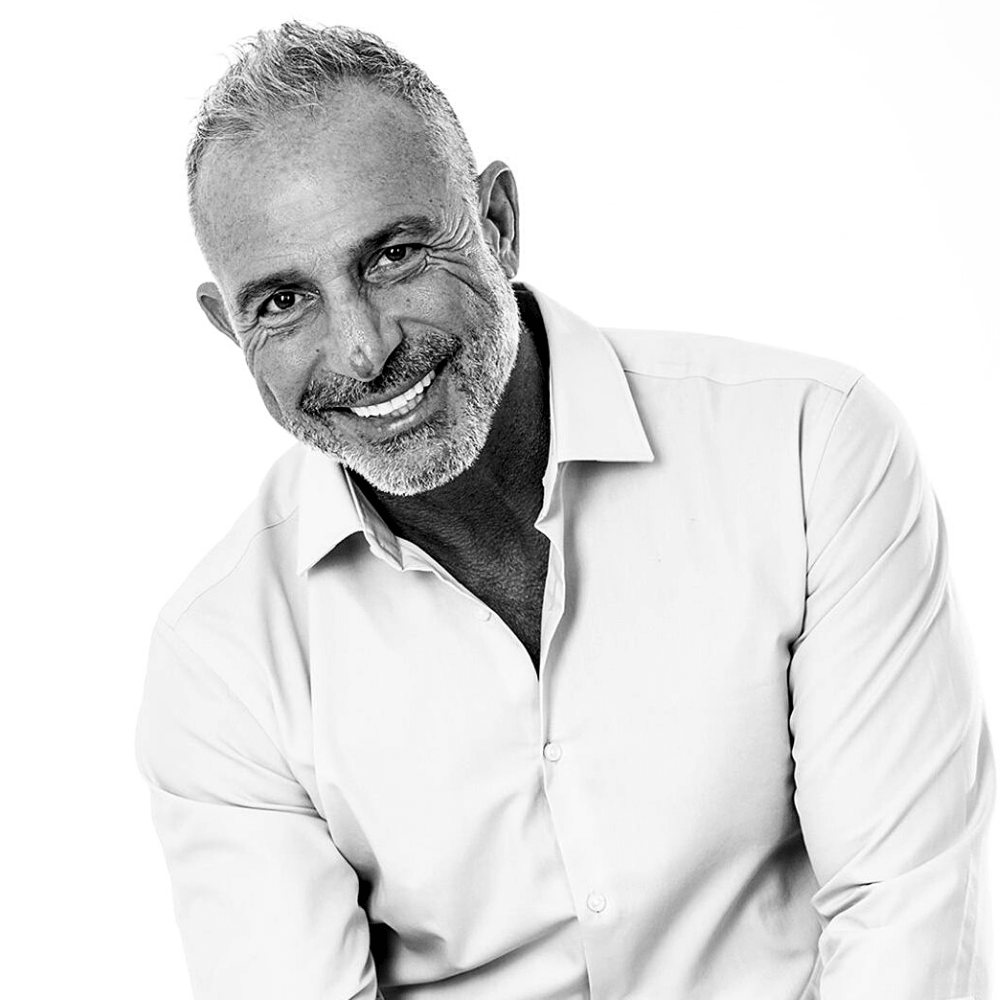 He transforms and leads his audience to understand how an organization can improve its customer experience, and make him the center of the universe.

Author of the workbook Become the Best you, by Wabi Sabi simulation, Boost Boost The Idea booster game. 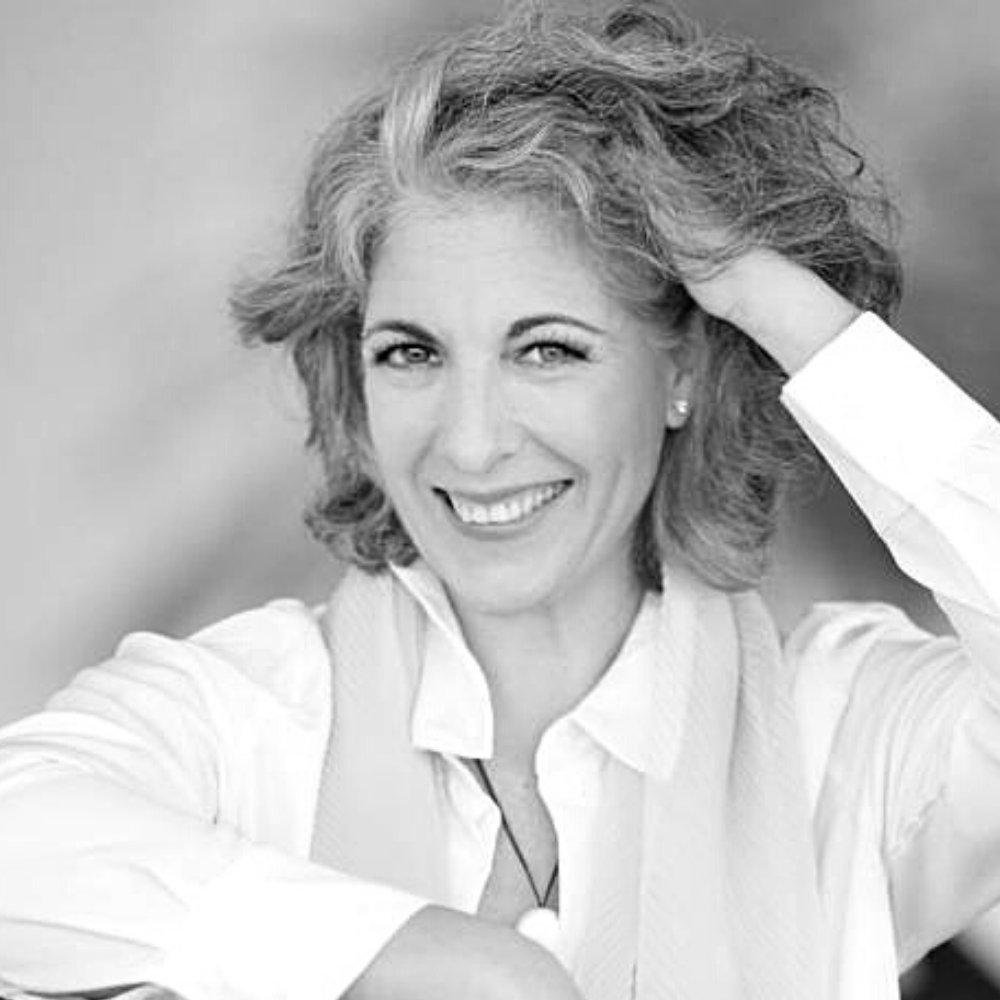 Founder of AndreaGuZZi.com, Andrea leads different projects at BBES, also is the Director of the BB Knows Best Program, and also does Coaching and Mentoring, helping businesswomen to connect with their inner alchemy, to reinvent themselves and transform themselves into their best version, and thus develop their most genuine leadership and fulfill their most precious dreams.

She does it through a holistic and practical approach, applying spirituality to daily life, as the key to achieving Body-Mind-Spirit balance that allows to enjoy an abundant Life.

She is currently also a mentor in the “Mujeres Con S” program of Banco Santander in Spain and is a Candidate of the 9th edition of The Top 100 Spanish Women Leaders Ranking, created and directed by the magazine Mujeres & Cía.

Her wide and eclectic career, training and life experience are the perfect mix to guide and motivate those women committed to their self-knowledge, self-care, personal growth, evolution and reinvention.

She has reinvented herself many times, with strength and resilience to start from scratch; curious to know herself and the world around her; and with love and compassion to heal wounds and make peace with her past.

Thus aligning her professional development, her personal growth and her purpose, to begin to fulfill her greatest dreams.

Gina is an Operations & Events Director with a professional career of more than 20 years in the field of marketing and advertising.

She collaborates with ATL and BTL agencies on projects of all kinds, implementing massive events of great technical complexity in large capacity multi-spaces, conventions and large corporate events. She also develops virtual events in television format with national and international repercussion, as well as more exclusive events focused on product launches and PR, where the avant-garde and small details mark the success.

She has faced great professional challenges, overcoming each project with the best results. She has a great capacity for organization and implementation of work methodologies for the optimization of processes, identifying the strengths of each team member and encouraging their abilities. She is an expert in crisis management and incident resolution, as well as in the comprehensive and financial management of each project to achieve success through service excellence.

In recent years she has put her expertise at the service of large national and international companies from various sectors such as:

Founder of LifeExperience, events that leave their mark. I am in charge of the creation of events for Bisila Bokoko’s Training, Mentoring and Conferences in Spain.

Mallorcan by birth but with a familiar feeling for many races, ethnicities and cities of this world. I consider myself a Global Citizen.

My professional life is developed between the Hospitality and Real Estate sector and the creation of unique experiences through LifeExperience events. Through these events, I am in charge of bringing together the knowledge, wisdom and experience both professional, personal and vital of Bisila Bokoko in Spain.

Do you want to be a viewer of life? or do you prefer to LIVE IT WITH US? You choose!
I’m always looking for new experiences and I am passionate about doing good business with people I know I can trust.

Born in Valencia, Spain and settled in Mallorca since 2012.

With a vocation to create, from a family of entrepreneurs. Manuel developes organizational tasks in the family business from a very young age and also cultivates interpersonal relationships in business.

For some years now in the wealth management and event organization sector through LifeExperience.

Activating the synergies of daily life in all areas, always thinking about the next step, ready to make dreams come true and to bring to life experiences so as not to be a mere spectator of what happens around.

Bisila Bokoko has inspired thousands of individuals and organizations world-wide, through her motivational keynotes, and will inspire your audience with a message tailored to achieve your program’s goals and boost your attendee’s aspirations.

From hosting at the UN in Switzerland to delivering powerful keynotes in Dominican Republic, and on-air radio hosting in South Africa, Bisila Bokoko has shared her business expertise and inspirational journey with audiences across the world over during her 18-year career.

She developed her expertise in geopolitics, tourism, and culture by working closely with cities in Spain and countries in Africa; and, cultivating relationships with foreign Heads of State and international business leaders, becoming one of the ten most influential Spanish women in American business. She has been featured in Vogue, Vanity Fair, Forbes, Entrepreneur Magazine, Bloomberg TV, Black Enterprise, Harper’s Bazaar & other top publications.

She has an impressive track record of taking businesses from local to global. As the Executive Director of the Spain-US Chamber of Commerce for 7 years, she worked closely with a wide range of industries and leading Spanish brands.

In 2012 she founded BBES, a New York-based business development agency that represents, promotes, and markets brands internationally. She also serves as an advisor to emerging leaders, providing guidance on personal branding and leadership that prepares them to move to the global stage and share their expertise worldwide.

Her desire to empower those less fortunate to create a better life, inspired her to found BBALP, a non-profit organization committed to opening libraries throughout Africa with current presence in Ghana, Zimbabwe, Kenya and Uganda.

Bokoko’s efforts to use her knowledge to empower others, won her widespread recognition and led to dynamic involvement in EMPRETEC, a United Nations program that supports up and coming entrepreneurs.

She fronted the women’s scheme and actively worked to support female entrepreneurs in their efforts to launch businesses. In addition, Bokoko hosted the Pikolinos Maasai Gala at the United Nations to support the Kenyan tribe. Through the Maasai Project, over 1,600 Maasai women hand embroider leather onto Pikolinos shoes and bags enabling them to earn a stable income while preserving their cultural heritage and way of life.

She serves as an advisory board member of United Nations EMPRETTEC Women Programs, fostering entrepreneurship skills among women in Latin America, Africa and the Middle East, as a global ambassador for Liceu Barcelona Opera House US Foundation, and is actively involved in building the Afrika Museum in Madrid.

Bokoko earned an MBA in Business Administration and Economics in Madrid from San Pablo University, a certificate of British Law at the University of Manchester, and a M.A in International Relations from City University of New York. She graduated in October 2017 as a Naam Yoga Teacher and practices Iyengar on a regular basis.

A native of Valencia Spain, her family roots stemmed from the Bubi Tribe in Malabo, Equatorial Guinea. She describes herself as “a cultural hybrid,” born in Spain to African parents, becoming an American citizen and living in New York City for the last fifteen years. She is fluent in Spanish, French, and basic German.